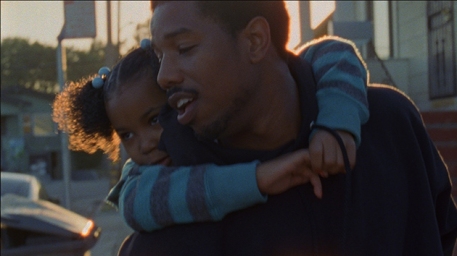 If you’ve not yet heard about the Oscar Grant case that rocked America back in 2009, don’t Google it. Don’t even watch the tad-too-telling trailer as this is one of those ignorance is bliss movies. Just know that it’s powerful, dramatic and has Michael B. Jordan (The Wire, That Awkward Moment) doing a fine job of carrying the heavy load of the lead.

It was Forest Whitaker who saw the talent in first-time director and film student Ryan Coogler, who grew up in Oakland California Bay Area – the setting for the scene. Forest’s production company backed the project and despite Ryan’s rookie credentials, delivers a masterful movie which landed a well-deserved spot (and the Un Certain Regard award) at Cannes Film Festival in 2013.

Fruitvale Station is inspired by a real incident which sparked social unrest and shed a gloomy shadow over the authority of the law. However it doesn’t let political agenda cloy the enjoyment of the narrative. Instead it offers a masterclass in fine storytelling and superb direction alongside some mesmerising and memorable performances.

One thought on “Fruitvale Station”