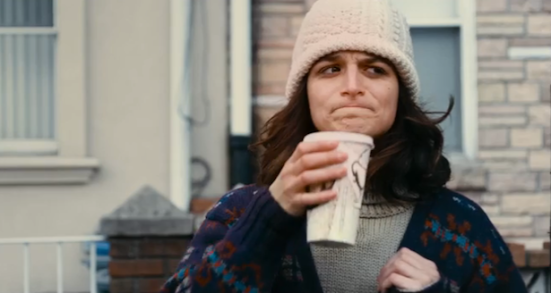 Soya milk makes you more fertile. You have been warned.

Obvious Child helps shatter an illusion Hollywood carved. Men are not the only ones qualified to bang away heartbreak. Women too deal with break-ups by doing DNA swapsies with unsuitable partners in the hope of filling the void that the ex left…when the ex left. It’s not all Milk Tray and nail varnish. Cheap chocolate and nice nails do not cure rejection. Sometimes, it’s good sex, not DVD box sets, that cure a cold in the heart.

When stand-up comedian Donna Stern (Jenny Slate) gets knocked up after a post-break-up one-night stand, there’s no debate or quivering moral compass on the fate of this developing embryo – she’s going to have an abortion. The guy she’s had the pleasure of bumping drunken uglies with is, surprise surprise, not some loser. He’s a nice guy with nice shoes who will thaw knobs of butter with the palms of his hands (not a euphemism, he’s too nice for that). The fact Donna’s not blown away by Mr Nice bats off the illusion that women are waiting for the embodiment of ‘Jon-Boy’ Walton. Prince Charming is so last lifetime. It’s all so refreshing you’ll need a cardigan. 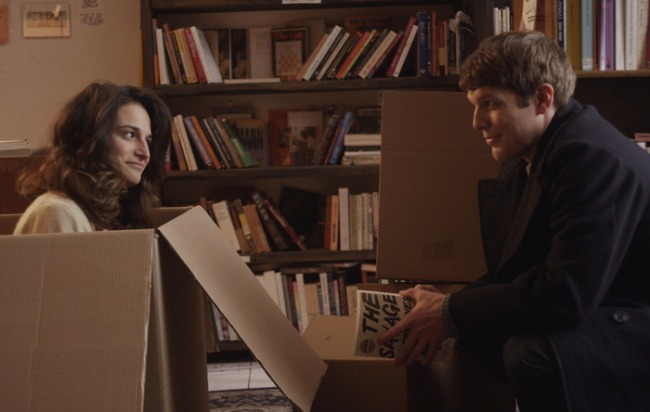 Obvious Child writer and director Gillian Robespierre, has done a good job of presenting women as real beings. Not just subversive, exotic creatures with no orifices of which to discharge a digested meal, or emit the gas from the food fermenting in their gut. The holes in their faces don’t just sip Cosmopolitans with gloss-lacquered lips or suck dick. That hole also speaks, burps, tells crude jokes and eats spaghetti. The other hole, down there, also happens to enjoy wrapping its flaps around a shaft and 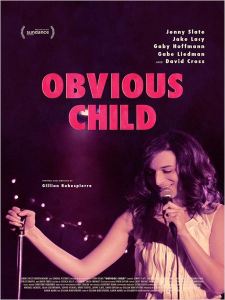 clenching until climax. If that shaft is connected to another human being, count it as a bonus, but the point is made that women like sex and women are funny too.

The thing about women having sex willy-nilly, is the fact that the consequential currency is higher. Alongside the usual pic-n-mix of sexual diseases that are indiscriminate to gender, women get pregnant. But because this isn’t the 70s, or Texas, women have a choice on if that pregnancy becomes a birth. It’s nice to see a film exercise that liberty as a black and white choice and not dwell on the emotional and moral politics of what they should do with their womb.

We’ve had accidental pregnancy movies before, the most notable being Knocked Up. However considering the baby was due to slop out of a woman (Katherine Heigl), the film was ultimately about a man (Seth Rogan). More recently, Jill Soloway’s Afternoon Delight (2013) featured a frank conversation between a group of women asking each other who had gone through with an abortion. It was as casual as asking who had tried sucking tea through a Penguin biscuit. Watching that one conversation felt like more of a breakthrough than a million Seth Rogans with the incompetence to pull out in time.

Stats state that one in three women have had an abortion yet it’s still something that remains whispered in hushed tones. The subject being wrapped around a rom-com and from a female perspective is certainly not the norm, but it’s a welcome stranger to the big screen especially in this refreshing tone of voice.

One thought on “Obvious Child: At last we can laugh about abortion”