Searching for Sugar Man was born out of well deserved intrigue into the unsuspecting fame of 70’s rock legend simply known as Rodriguez.

Imagine finding out that you were hailed as being bigger than Elvis in a country you’d never been to. Maybe that love song you wrote and recorded on a cassette tape and posted to the chick in class 6B got lost in the post and ended up in the offices of a record company in Cuba where it became the biggest thing since Castro. This is about as far fetched as thestory of Rodriguez’s fame. No wonder it makes a good documentary.

…it’s a testament to the investigative nature of true fanatics when put to something more constructive than buying a T-shirt or obtaining a restraining order.

Rodriguez’s home town of deteriorating Detroit Michigan were slow to pick up on the moody, politically suggestive sounds of his musical efforts, and despite the savvy ears of some of the best connected music execs, he failed to capture America’s heart, and most importantly, their money. In a case of life intimidating art, he was dropped two weeks before Christmas – the opening line in his song Sixto.

After the lack of commercial success, Rodriguez’s curious retreat spurned stories which could have been nicked from the 101 Most Exciting Ways To Die book – if you find the idea of setting yourself on fire whilst on stage excites you.

Through ‘germination’, a delicious explanation as demonstrated by the documentary, Rod’s music became big, no…huge in South Africa during a time when rebelling against apartheid was the new black. Ahem. This religious-like legacy was ironically unbeknown to his humble family in his crumbly hometown.

It’s a wonder what would have happened should Rodriguez story had never had been found and it’s a testament to the investigative nature of true fanatics when put to something more constructive than buying a T-shirt or obtaining a restraining order.

The exhaustive quest to find the rock that Rod climbed beneath is brought to life
with crafty film work, gentle animation, lively interviews and rare, goosebumping footage that helps piece together this tour through music history. A marvel to watch, a pleasure to hear.

Q& A with director Malik Bendjelloul and producer Simon Chinn

A brief but insightful Q&A screening at the Bafta in Piccadilly provided some background behind the resurrection of this fascinating documentary:

Much like Rod’s slow-burning success, director Malik Bendjelloul, who was about to embark upon his first feature-length film, was turned down numerous times for funding until he found the pockets and enthusiasm of producer Chinn. Once Malik had him on board he confessed that knew that this was going to be something exciting. 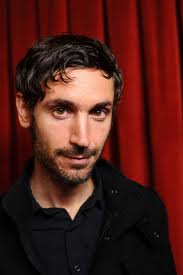 Malik approached the picture as a genuine Rodriguez fan with itchy questions about his unconfirmed death, or as he puts it – much in the same way an Elvis fan doesn’t believe The King is dead. Even Malik is in slight disbelief that he had to go as far as ‘looking for clues in song lyrics like some sort of poetic detective’ but his efforts have handsomely paid off resulting in ten awards including Best Audience trophy at Sundance and now an Oscar for best documentary.

Finding Rod was one thing, getting him to open up was another. A sturdy man with the mannerisms of a panda comes across as completely noble and Malik confirms this. He exclaims that he ‘completely lacks ego’ and ‘thinks he doesn’t come across as interesting’ which, when trying to make a documentary about a rock star could prove a little irksome. But what Rod lacks in animation, he makes up for in docile lovability and the anecdotes from his alluring daughters colorfully paint over the blanks.

Rodriguez’s records were staple on the shelves of South African homes so you would think the guy would be minted. However Rod’s not magnetized by money and his family still live in the same home that they’ve lived in for over 30 years. Malik commends his dismissal of affluence revealing that he gives ‘huge $50 tips to waiters’ and has very little possessions shunning any ‘money eating machines’.

It’s apparent that Rod is rightfully wealthy but it’s doubtful that he’s abundantly rich. At a hint to pesky bootleggers, his daughter hints that ‘someone got rich’ from her father’s talents and there’s still a lot of unclaimed royalties knocking about. Malik and Simon say that they have been approached by lawyers interested in helping him rake back some of those funds but they say, with a weary huff, that it would be a story in itself and maybe one for a sequel…